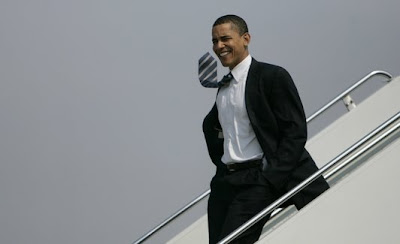 Tony Abbott reckons Rudd "runs a serious risk of becoming Barack Obama without the cadences". Does Rupert hand out brownie points every time someone bitch-slaps Obama these days?

And why is the Mad Monk getting air-time in the Orifice today, rather than his usual Fairfax press hole? Is it because he is now an irrelevant has-been?

John Howard would never have served up such flapdoodle and rightly would have been crucified if he had.

Jesus Christ, Tony! Get a grip, mate. You're the only one who ever got a hard-on watching Howard.

If the Government wins a second term, expect a 2012 handover to Julia Gillard, who will then have to decide which inquiry recommendations to implement.

Anybody wanna put money on that one? Anyone...? How about all you Liberals who lost money Costello? Nah...?

What a wanker. But Abbott is outdone in the Murdoch meejah today by the WSJ's Brett Stephens (reprinted in the OO), who insists that Afghanistan is going great guns, despite all the death, poverty, drugs and violence:

Afghanistan has 34 provinces. Twenty-nine of them are more or less at peace, more or less better off than they were six years ago, and more or less governed by someone their own people can live with.

Talk about yer "measurable goals"! Stephens' clear message is that you just cannot trust the media: "things really are getting better in Afghanistan, even if the headlines suggest otherwise". You just gotta have faith, bro'!

Stephens evidently has lots of faith. He also insists that the USA is not in decline. Not financially, not militarily in Iraq, and not even as a global "brand":

[E]ach of these assumptions collapses on a moment's inspection.

Yep, "a moment's inspection" is all you need, as Stephens throws around some big "back-of-the-envelope" numbers (from Josef Joffe's 2006 book "Überpower") and concludes the US economy is really going great guns (anyone wanna put money on that?). The same goes for US Defence Department spending, which implicitly means that the War In Iraq is going great too. Whoo hoo! I can feel the power!

Finally there is the issue of our allegedly squandered prestige in the world. There is no doubt America's "popularity," as measured by various global opinion surveys, has fallen in recent years. What's striking, however, is how little of this has mattered in terms of the domestic political choices of other countries or the consequences for the U.S.

So, OK, yes, US global prestige IS on the decline - it just doesn't matter. Because US billionaires like Rupert Murdoch still have lots and lots of money to pay wankers and fools like this.
at 3:56:00 pm